When Brighton resident Anne Holland’s husband Paul died of cardiac arrest in 2008, Anne and their five children were devastated – especially since his death could have been prevented with the use of an automated external defibrillator.

It was then that Anne looked around and realised how frighteningly scarce defibrillators are in the community, despite 33,000 Australians dying of cardiac arrest each year. According to the Australian Bureau of Statistics, that’s more than the number of deaths caused by road accidents, fires, breast cancer, bowel cancer, prostate cancer and skin cancer combined.

“They are out there, but there are too few of them,” Anne says of external defibrillators. “The other major problems are that people don’t know what they are, where to find them, that it’s time-critical that they use them, or what to do with them.” 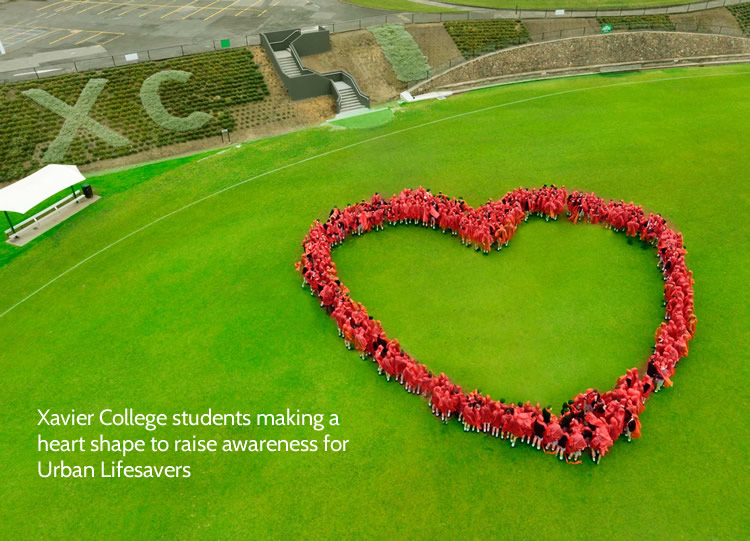 “I’m doing this firstly in memory of my husband, and secondly as a critical-care nurse,” she says.

Urban Lifesavers has two main goals: firstly, Anne wants to educate the community about defibrillators. She wants us to know, for example, that a cardiac arrest victim’s chances of survival go from less than five per cent to about 80 per cent if a defibrillator is used within the first five minutes, and that they can’t be used incorrectly because the machine will only administer a shock if a fatal heart rhythm is detected.

Secondly, she wants to see defibrillators included in first-aid kits in businesses and public places. It’s now compulsory to conduct defibrillator training as part of first-aid courses but this is pointless if the public doesn’t have access to the machines. “We want them to be as common as fire extinguishers,” says Anne.

Anne has poured $40,000 of her own money into the campaign, dramatically impacting her own financial situation and quality of life.

“Building this campaign has put me into a negative cash flow, but I am passionate about it and determined to make a difference,” she says. “There’s the potential to save 10,000-20,000 lives a year in this country.”