ANY ATTEMPT AT RESUSCITATION IS BETTER THAN NO ATTEMPT !!!!

Over 75% of cardiac arrests occur in the community, i.e. outside of a hospital, therefore, the prompt reaction of bystanders is critical to give the casualty the best chance of survival.

It is simple, easy & safe for ANYONE, regardless of prior training, to become a lifesaver if they just let go of fear, ‘have a go’ - apply an Automated Defibrillator & follow the voice prompts

It is not possible to harm someone who is already deceased!! 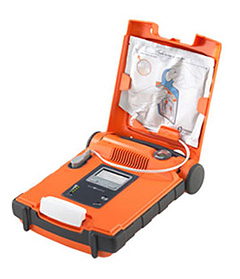 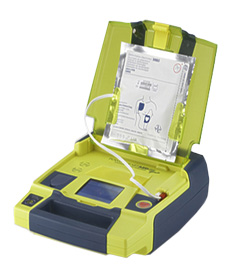 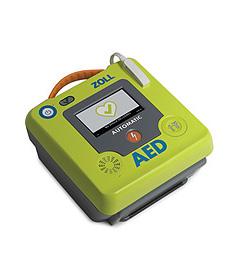 The Chain of Survival

An internationally recognized standard of EARLY INTERVENTION which gives a victim of Sudden Cardiac Arrest the best chance of survival, if the chain is implemented quickly.

The Chain of Survival is a series of essential actions which are designed to improve the survival rate following a SCA. The links are:

EARLY DEFIBRILLATION is the most vital but weakest implemented (& often missing) link in the Chain of Survival.

Why is Early Defibrillation vital?

Someone who suddenly collapses and is unconscious, not responding and not breathing is in cardiac arrest.

Sudden Cardiac Arrest occurs when the heart's normal electrical impulses are interrupted, causing the heart to malfunction & 'quiver' instead of contract or pump. As a result, circulation of blood and oxygen ceases.

With the heart muscle fibrillating or quivering, the heart has stopped pumping and circulating blood; the person will be unconscious and not breathing and is clinically dead.

If the abnormal fibrillating heart impulses are not terminated quickly by defibrillation, the casualty will die. CPR (Cardio-Pulmonary Resuscitation) is critical in order to sustain life and help to extend survival times however Rapid Defibrillation is the key to Survival and the only definitive treatment for SCA.

Sudden Cardiac Arrest is fatal but reversible, with the best chance of survival being a shock from a defibrillator within the first five minutes after collapse.

Defibrillation reverses the cardiac arrest by sending an electrical current through the heart muscle cells, momentarily stopping the abnormal electrical energy and allowing the normal heart beat to resume. If the heart can be shocked quickly with a defibrillator within minutes after collapse, a normal heart rhythm may be restored and many victims can and do survive.

Critically, survival from a cardiac arrest relies upon a timely response from first responders i.e. bystanders. Greater than 50-70% of Sudden Cardiac Arrest victims survive if defibrillation occurs within the first 5 minutes. For every minute that passes, there is a 10% less chance of survival.

Response times for most ambulances in Australia are usually greater than 15 minutes and outside the critical few minutes in which the casualty's life can be saved.

If properly educated, the general public can become less reliant on emergency services response times and more confident in implementing an action plan that will help to save lives.